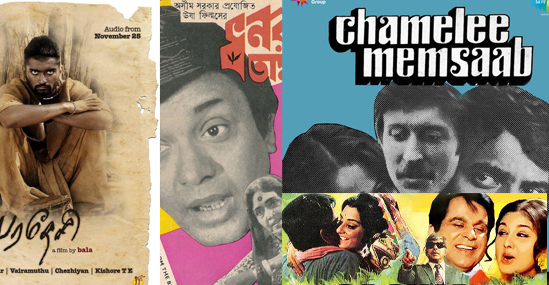 Tea cultivation in India was started by British rule. The hill slopes of Assam-Bengal in the northeast and the Nilgiris in South India were selected for tea cultivation. The problem was that tea was not cultivated in India. Therefore, there were no laborers to build tea gardens and grow tea on the dense, inaccessible, and hilly slopes. Then the attention of the British went to the Adivasis. Those who had the traditional knowledge, method, and experience to take every risk and do any work. However, making him a Coolie was not an easy task. But the British were adept at making slaves. He was accompanied by a whole army of local kings, landlords, moneylenders, military, criminal gangs, murderers, robbers, thugs, and fraudsters. A large part of the Christian missionaries was also with the British rule. With the help of all this, the British forced the Adivasis to build and cultivate tea gardens. That is, in every grain of tea, in every drop of it, in every sip of it, there are the blood, sweat, sacrifice, and dreams of the Adivasis. There is tremendous deceit, betrayal, murders, exploitation, and endless tragedy.

The tea with which every Indian’s day begins, every special moment of life becomes memorable, the story of that tea worker is untold even after nearly two hundred years in literature, art, cinema and other mediums of entertainment.

Although Indian cinema has filmed tea gardens in many movies due to the beautiful landscape, greenery, colorful life, captivating and scenic location, and the fascinating hill culture that is mesmerizing. Especially in filming songs. But did not feel the need to film the story of the tea garden workers who withered away in endless exploitation. Nevertheless, we will discuss with you the films which have focused a little on the tea garden workers, and the life there.

First of all, let’s talk about ‘Rahi‘. The film was produced in 1952, and released in 1953. Based on Mulkraj Anand’s English novel, ‘Two Lives and a Bud’, ‘Rahi’ was scripted and directed by noted story writer and filmmaker Khwaja Ahmed Abbas. The story of the film is of an ex-army man, who goes to work as a manager in a tea garden. Where he, fed up with the policies of the management and falling in love with a tea worker girl, becomes a sympathizer of the workers.

It was the first Indian film to attend the Venice and Moscow International Film Festivals in 1954. Which was adorned with lively performances of Dev Anand, Nalini Jaywant, Balraj Sahni, Manmohan Krishna and David. And which was released in Hindi as ‘Rahi’, and in English as ‘The Wayfarer’. Rahi, made under the banner of Naya Sansar, was also dubbed and released in the Russian language under the name ‘Ganga’. Its songs, sung by Hemant Kumar and Geeta Dutt to the melodious tunes of Anil Biswas, are classics of Hindi cinema. Its cinematographer was Ramachandran.

Era Bator Sur is an Assamese language film made in 1956. In the center of whose story are the workers of the tea garden. This was Bhupen Hazarika’s first film as a director. Hazarika was also associated with IPTA like Khwaja Ahmad Abbas. Perhaps he too must have been inspired by the unmatched box office success of ‘Rahi’, that’s why he too chose the story of a tea garden like Abbas. Because the theme of the film ‘Era Bator Sur’ also focuses on the tea workers of Assam. In which the exploitation done by a section of the society divided on the basis of the class has also been shown.

After fourteen years of ‘Era Bator Sur’, ‘Sagina Mahto‘ was released. This 1970 Bengali film was produced by J. K. Kapoor and directed by Tapan Sinha. The Hindi version of this film, based on the tea workers’ movement, and Naxal background, came out in 1975 under the name ‘Sagina’. Its story is completely based on the exploitation and oppression of tea workers. But this film is, in a way, a film of criticism and discussion of Naxalite politics. Hindi Sagina, with star cast like Dilip Kumar, Saira Banu, Aparna Sen, and Om Prakash, failed at the box office like Bengali Sagina Mahto. Its love scenes and songs are very romantic because the chemistry of those days of Dilip Kumar and Saira Banu, which were amazing,

There were three more films in 1975, ‘Kesa Sona’, ‘Ratanlal’ and ‘Chameli Memsab’. All three were made in Assamese language. Most importantly, ‘Kesa Sona’ itself was produced by the workers’ organization ‘Assam Chai Mazdoor Sangh’. But alas, not much information is available about this film. Similarly, there is a lack of information about ‘Ratanlal’ directed by Nalin Dorah.

Abdul Majeed was the director of the Assamese romantic drama film Chameli Memsab, released in 1975. It is the love story of a British tea garden owner and a laborer girl. The film starred George Baker and Binita Borgohain. The film is based on a short story by journalist and writer, Nirod Choudhary. Chameli Memsab was well received by both critics and the box office. The music of the film was given by Bhupen Hazarika. For which he was awarded the Best Music Direction at the 1975 National Film Awards. The film also won the award for Best Assamese Feature Film.

Between 1978 and 85, eight more films touching on the story of tea gardens were made. Three in Bengali, three in Hindi, and one each in English and Assamese. Two of these, 1979’s Bengali and 1981’s Hindi, were both remakes of 1975’s Assamese hit ‘Chameli Memsaab‘. At the same time, in 1981, a film was made in two languages on the Bengali novel of Shaktipada Rajguru. ‘Ansundhan’ in Bengali, and ‘Barsat Ki Ek Rat’ in Hindi. Directed by Shakti Samanta, ‘Barsat Ki Ek Rat’ featured superstars like Amitabh Bachchan, Amjad Khan, Rakhi Gulzar and Utpal Dutt. The other three films are the 1978 Bengali film ‘Dhanraj Tamang’, the 1982 Assamese film ‘Aparoopa’, and the 1985 English film ‘The Assam Garden’.

Aparoopa is a 1982 Assamese-language drama film directed by Jahnu Barua. This is his first feature film. It stars Biju Phukan, Suhasini Mule, Sushil Goswami, and Girish Karnad among others. It was also released in Hindi under the name ‘Apeksha’. The story of the film centers on an upper-caste woman from Assam who is forced to marry a tea garden owner by circumstance. The woman, dissatisfied with her husband’s neglect, builds a relationship with her ex-boyfriend.

Santosh Sivan’s film, ‘Before the Rains’ has a similar theme. This film came in 2007. The film, which was released simultaneously in two languages, English and Malayalam, also focuses on the physical love of a tea garden owner and the elite.

The last and most notable film on this list is ‘Pardesi’ which was released in 2013. Made in Telugu, this film is a historical document of tea garden and their life. Its director is Bala. The story of the beginning of the tea garden in the colonial rule and the laborers working in it is told in a more effective way than in any other film. This is a unique film to know the history of the tea garden and the struggle of life of their workers.

Overall, a century of Indian cinema has neglected the life and society of tea gardens. The same is the case with literature. Even in literature, there is a dearth of classic works on the life of tea workers.