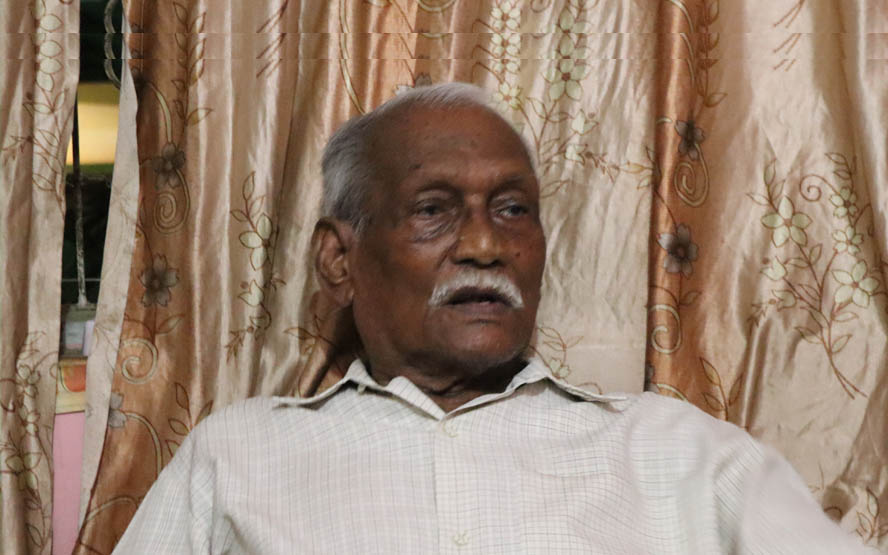 History makes some people legends because of their work. Luther Tigga, who has become almost anonymous in newly formed Jharkhand, is one of those people whom history has made a living legend. 61 years ago, when he acted in Ritwik Ghatak’s Bengali film Ajantrik (1958), he could not have imagined that one day he would become a legend because of the work he was doing. He will have the distinction of becoming the first Adivasi actor of the country in the history of Indian cinema. Because from him and before 1958, no Adivasi has any history of acting in a film. Sadly, no one has felt the need to find this legendary Adivasi actor in the last sixty years. After the formation of the state, many film festivals were held, a film board was formed, but Luther Tigga remained neglected.

‘It was a coincidence meeting Rithvik Babu,’ says Luther Tigga, eyes gleaming with childlike agility. As if it was just yesterday. I am looking at them. Vandna (Tete) ji is also listening silently to him. Ranjith Oraon’s camera is fixed on the 87-year-old boy whom we were looking for for the last ten years. He had a role of just 6-7 minutes in the 1958 classic film ‘Ajantrik’. The co-star was Parsadi Kujur. Whose name in the film was Jhurni. Along with these two were Bengali’s most powerful actors Kali Banerjee and Jagaddal. That is, an old sour Chevrolet car of the 1920 model. Today neither Kali Banerjee, nor Ritwik Da, Jhurni nor Luther Da on the Chevrolet car are present among us with full breaths. To describe that moment in history, why Ritwik Ghatak came to Ranchi to make ‘Ajantrik’ and how Luther and Parsadi got a chance to act in it.

Ritwik Ghatak was looking for Adivasi areas to make ‘Ajantrik’. They roamed like ‘Langata’ till Nagaland of North-East. But he liked Khukra Pargana of Jharkhand (the area from Ranchi to Gumla-Lohardaga). Where he had previously roamed in connection with making a documentary before this film. It would be 56. He came to Ranchi and met Mr. Julius Tigga, the Director-Principal of Oraon School ‘Dhumkuria’ in Kanke. Mr. Julius was a great leader of the Adivasi Mahasabha, a great teacher and a cultural leader. He engaged a fellow in the help of Ritwik Da. But due to his slow nature, he could not perform as per his requirement. He was in a relationship with me. So this is how I came in contact with Ritwik da and became his main collaborator.

Luther Tigga says that most of the shooting of the film ‘Ajantrik’ has been done in Ranchi, Ramgarh and Purulia. Some scenes were also shot in Orissa. The entire Adivasi dance-singing scene was shot in Ratu’s Bagle village Ranikhatanga and the climax of the film was shot at War Cemetery in Kantatoli. He says, ‘I had a very good relationship with Ritwik da because I knew Bangla language too. This made it very convenient for Ritwik Babu and the entire team to work with Adivasi artists. He would give us instructions in Bangla which I would explain in Kurukh language. The Adivasi scene was left to me by Ritwik Da. I would tell people by acting that look like this has to be done.

When asked, ‘How did you learn Bangla?’ Luther Tigga laughs and says, ‘I had failed in matriculation. There was no money to pay the fees for re-exam. My father passed away when I was young. For some time after his departure, the mother was also no more. Uncle and Gotia did not want to teach. I had a passion for reading. So he went to Kolkata to earn money for fees. Stayed there for a little more than two years, earned money and returned and passed the matriculation examination in 1952. While living in Kolkata, I had learned Bangla which came in handy.

He told that Ritwik Ghatak was very much enamored of his talent. He took her with him to Kolkata several times during the making of the film. Where he got the opportunity to meet many filmmakers, litterateurs and playwrights of that period like Bimal Rai, Uttam Kumar, Mrinal Sen. Ritvik da would introduce him to everyone by saying that if he did not live then how difficult it was to become an Ajantrik. Ritwik Da was a very sensitive, intellectual and a person who respected Adivasi society and culture. During the shooting, he and his entire team camped at Arya Hotel in Lalpur, Ranchi.

‘If you got such a good opportunity, then why not make the film line your profession?’ Luther Da says in response to this, I wanted to. Ritwik Babu wanted to take me with him to Bombay also. But he used to say that ‘Tigga, jadi film line ke mane asa rakho ta hole bhukkhe morwar janne bi prepare. Jadi ami khate na parbo hole toma ke ki kore khawabo.’ There is no contract as to when or whether I will get another job in the film line. I was married. The responsibility of the family was on me. So I was not in a position to take this risk. So did not go to Bombay and never went to Tollygunge again.

Agdu of Ratu police station is his ancestral village. He was born there as the child of a Jurni Oraon (Aseren Tigga) and the Christian believer Tigga family. Due to the absence of parents, childhood was spent in a lot of deprivation and hard work. Worked as an employee of Block Development in the 1960s. But they did not agree to the atmosphere of corruption there. He left the job and joined BSNL and retired from there. Lives in Dhumsa Toli of Ranchi with wife Asmani Tigga and children. Has good stature and is healthy. Just knee pain and diabetes. But in spite of this, as soon as you talk to him about the film, he will suddenly come to the fore. Then you will be lovingly seated in the Chevrolet car of ‘Ajantrik’ and you will enter the golden period of history along with a legend old man of 87 years. 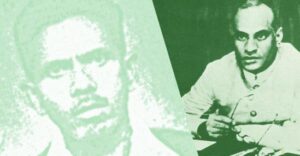 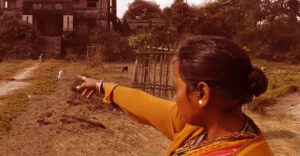